On April 24, CWDS conducted an all-day planning session for Program Increment (PI) 7, which begins on May 3rd and runs through June 27th.  PI Planning delivers incremental value by iteratively developing, testing, refining and validating software within a set period of time. Program Increments at CWDS are generally 4-6 weeks in length with a series of 2-week Sprints throughout to check progress and troubleshoot as needed.

CWDS is planning several development priorities over the next two months, each determined by deliverables that are ready to build and provide high value to our users. They include the Cognito identity management tool and administration page, Snapshot 1.2 enhancements and further coding for CANS (Child and Adolescent Needs and Strengths assessment tool).

For more information on the CWDS development priorities, please click here. See our events calendar for a list of upcoming PI 7 Sprint Reviews.

CWDS initiated PI 6 on March 8th and will continue work on this PI through May 2nd. Program Increment (PI) Planning delivers incremental value by iteratively developing, testing, refining and validating software within a set period of time. Program Increments (PI) are set by the project and generally 4-6 weeks in length with a series of 2-week Sprints throughout to check progress and troubleshoot as needed.

CWDS is planning several releases for this PI, including: Snapshot 1.1 and 1.2, Cognito 1.0, Facility/Home Profile 1.0 and Case Management Landing Page 1.0. Visit our events calendar for a list of upcoming sprint reviews in PI 6. 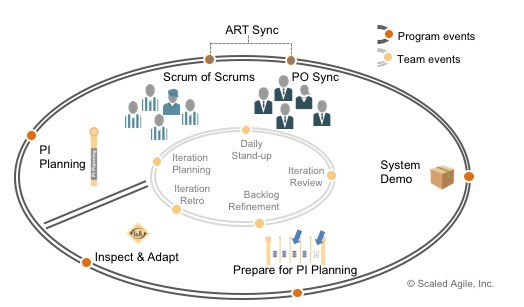 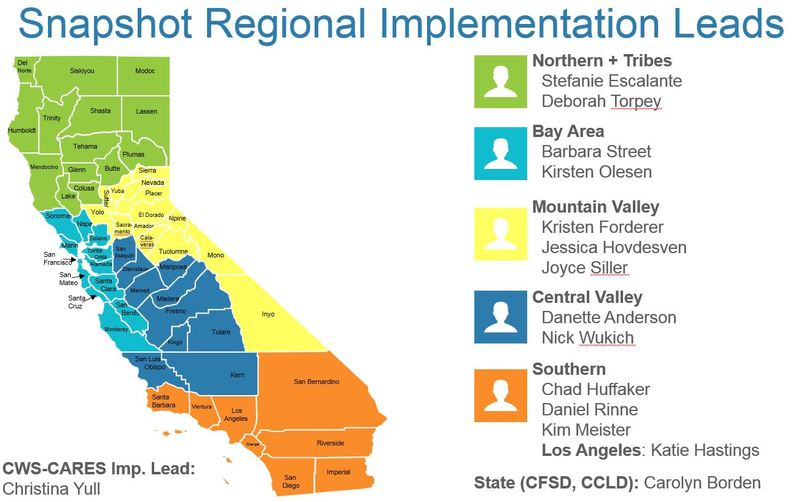 The CALS team is designing and prototyping software that supports the county and state business process for certifying, approving and licensing Resource Family Homes and Children’s Residential Facilities. Early development efforts have focused on the Resource Family Home application process, including support to users from intake of a new application through to decision to approve or deny. The first delivery from CALS is slated to be a standalone facility and home search that integrates results from CWS/CMS and LIS and FAS, which will allow users to view placements, compliance history, and current license or approval status for all state-licensed and county-approved placement resources. 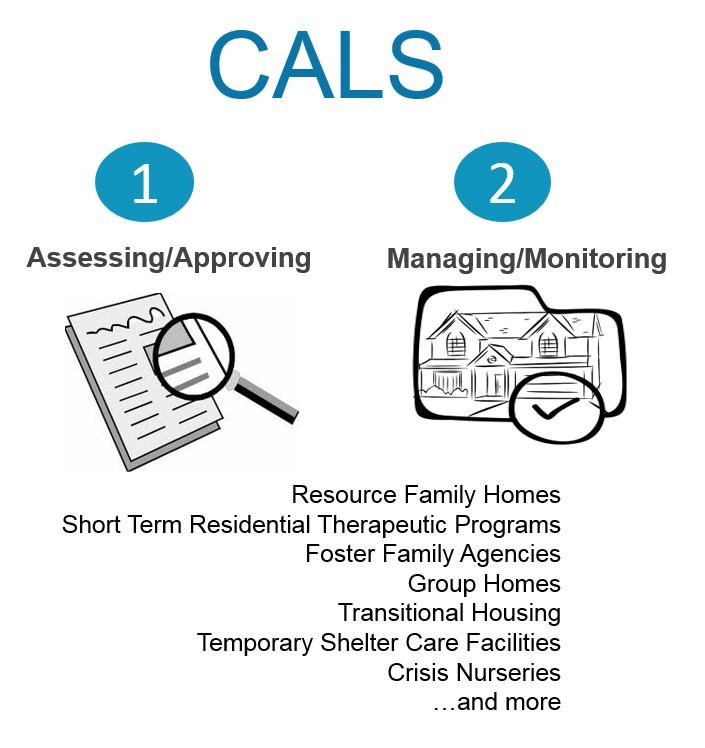 Now more than ever, CWDS is focusing on our social media channels for sharing information in real-time with our stakeholders and the general public. In the spirit of Agile methodology and project transparency, we are using social media as way to reach more people, more quickly, every day.

Whether you work on the project, or serve on the front line protecting children in one of California's 58 counties, you can keep up our efforts to replace the CWS / CMS system by following us on Twitter @ca_cwds, Facebook www.facebook.com/CaliforniaCWDS and LinkedIn www.linkedin.com/company/child-welfare-digital-services.

Moreover, vendors looking for information on current solicitations, state employees looking for promotional opportunities, other stakeholders interested in our latest project reports or social workers wanting to see our most recent CWDS developments can find this information by following us on our social media channels.

We also produce and host a variety of project-related videos on our CWDS YouTube channel. If you’re looking for more in-depth project content including system demonstrations and stakeholder meetings, please subscribe to our YouTube channel at https://www.youtube.com/channel/UCdoOvrtXKH1NacC4T85sADQ/videos

"We are looking for a talented leader to join California’s largest and most innovative project, the focus of national attention as government seeks to fundamentally change the way we do business," said Office of Systems Integration (OSI) Director John Boule. "This is an exciting opportunity to serve the public, to give back while being part of this monumental initiative."

With a staff of  more than 70, which includes the Project Management Office (PMO), the project director is responsible for overseeing contract management, budgeting, human resources, customer relations, state and federal reporting and the project’s overall implementation.

The project director, officially classified as a Data Processing Manager IV, will work alongside the product director, both reporting to recently promoted Office of Systems Integration Deputy Director Tony Fortenberry. CWDS is preparing for a national recruitment effort to fill the product director position.

"We are looking for a candidate who thrives on collaboration and can build strong relationships with the user community and county stakeholders," said OSI Chief Deputy Director Peter Kelly. "This individual must be a champion of best practices, an effective planner and decision maker, and be a strong advocate for using technology to support the mission of social workers to protect California's children."

CWDS is pioneering the development and operation of cloud-based software in the public sector, following a DevOps project lifecycle rather than a traditional design, development and implementation (DDI) / maintenance and operations (M&amp;O) model. The project is taking an innovative new approach for California state government, using agile methodologies, free/open source software (FOSS) and user-centered design.

In November of 2015, after a decade of planning, the project changed its development strategy from the traditional “waterfall” approach to using agile methodologies which focus on iterative development cycles and a rapid feedback loop with end-users. Agile teams work in two-week sprints with daily status meetings to measure progress. With the project’s first code release in March, teams of state staff and contractors, including designers, developers and project managers, have been working toward full velocity under the new approach. Momentum is building as more developer teams are joining the effort each month. 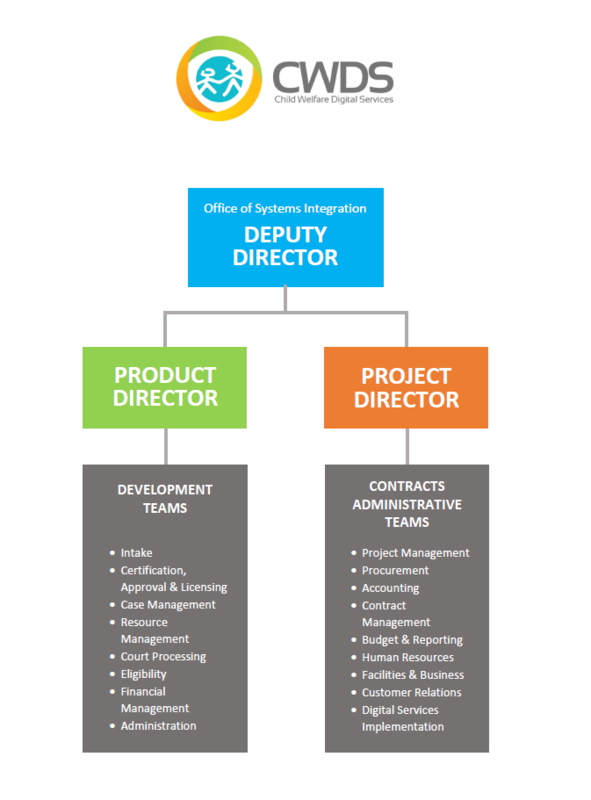 For years the state of California has been doing multi-year, multimillion-dollar software projects, only to find that many of them don’t produce the results the state had hoped for. They take too long to plan and execute, and cost more than expected. “Customers have one consistent thing they tell us: You gave me what I asked for, but it is not really what I wanted,” said Peter Kelly, chief deputy director for the California Health and Human Services Agency’s Office of Systems Integration (OSI).  Read the entire story published by Government Technology.
News

The project is pioneering the development and operation of cloud-based software in the public sector, following a DevOps project lifecycle rather than a traditional design, development and implementation (DDI) / maintenance and operations (M&O) model. The project is taking an innovative new approach for California state government, using agile methodologies, free/open source software (FOSS) and user-centered design.

The project’s first code release, in March 2017, came six months before the selection and award of a system integrator and two to three years before any working software would have occurred under the previous monolithic “waterfall” approach.
News Follow Our Progress, Contracts, Case Management

CivicActions will provide six full-time staff to the project’s infrastructure team, helping provide a continuum of services and capabilities including integration, deployment, and automation. The new team members triple the project’s infrastructure engineer count from two to six, with the introduction of four new engineers, a performance analyst, and an experienced release manager who will also be the team’s Scrum Master.

With the project’s first code release in March, teams of state staff and contractors, including designers, developers and project managers, have been working to get started under the new approach.  Momentum is building as more developer teams will be hired in the coming months.
News Follow Our Progress, Contracts